You may have seen the news story a few years ago about a woman in Queens, New York who almost won the largest slot machine jackpot in history. Unfortunately, the nearly $43 million win was a machine malfunction that went well above the $6,500 max payout.

A new record may not have been set, but there have been a number of huge casino jackpots throughout history. If you’re gearing up for a trip to Vegas or a casino party, check out these stories of life-changing, mind blowing jackpot wins.

Think you can’t get lucky on a slot machine twice? In 1998 a retired flight attendant proved that lightning can strike twice at the casinos. The unnamed woman first won $680,000 on a Wheel of Fortune slot machine at Palace Station. She decided to keep trying her luck and months later she won $27 million on a Megabucks machine at the same casino!

Elmer Sherwin is undoubtedly a lucky guy. He also hit not one but two of the largest slot machine jackpots in history! The first win of $4.6 million was on a Megabucks slot machine at the Mirage in 1989. Sherwin decided to visit Cannery Casino in North Las Vegas in 2005 to test his luck again. There he won again on a Megabucks slot machine, but this time he walked away with $21.1 million. Mr. Sherwin was in his 90s when he hit his second jackpot.

A few years early a 25-year-old software engineer won the highest slot machine payout in history. In 2003 the young man won $39.7 million playing a Megabucks machine at Excalibur. He decided to take an annual $1.5 million payout for 25 years instead of one lump sum payment. That means he’ll be raking in the dough for another decade.

In 2000 Cynthia Jay scored the largest jackpot at the time. She won nearly $35 million at a Megabucks slot machine in the Monte Carlo Casino in Vegas. But less than two months later Jay was in a horrible car wreck that killed her sister and left Jay paralyzed from the chest down.

In August 2016 a resident of Hawaii came to the mainland for a Vegas vacation and traveled back home with a lot more money. What was really impressive is that the woman was playing penny slot machines at the Wynn casino when she won $10,777,270.51.

While it isn’t the biggest slot machine jackpot win in history, a Florida man identified as only Fred S. did get very lucky in July 2018. He hit not one but two big jackpots at the Hard Rock Biloxi within a matter of minutes. First, Fred got a massive $1,291,918 win with a $20 bet. While he waited on the casino to verify the win he got a $14,000 win on another slot machine to bring the total winnings over $1.3 million.

Biggest Hands at the Poker Table

Hands down, the World Series of Poker (WSOP) is where you’ll find the biggest Texas Hold’em jackpots. Once the field gets narrowed down to just two players, a single hand can bring in millions. After 10 hours of heads up poker playing, John Cynn was named the 2018 WSOP winner and received $8,800,000. His opponent Tony Miles didn’t do so bad himself. Even though he lost, Miles received $5 million for second place.

But that wasn’t the biggest payout in the history of the tournament or even that year. Four other WSOP winners have won more:

Highest Payouts at the Craps Table

Patricia Demauro is easily one of the most successful craps players in history. In 2009 she famously won 154 consecutive throws while playing at the Borgata in Atlantic City. The actual amount was never disclosed, but based on the minimum buy-in of $10 the payout would likely range from well over six figures up to $1 million or more.

Not long ago a player won over $5.3 million at the Tropicana Casino and Resort, mainly at the craps tables. The unidentified man had a 6-hour hot streak, but he had to bet big to win the millions. At one point he was placing $100,000 bets.

Huge Win at the Roulette Wheel

In 2004 Ashley Revell made a huge gamble. He sold everything he owned, headed to Vegas and put his entire life savings on a spin of the roulette wheel. Crazy – yes. But it paid off. Revell put just over $135,000 on a red bet and won over $270,000. The whole thing was filmed and eventually became a short reality show called Double or Nothing. 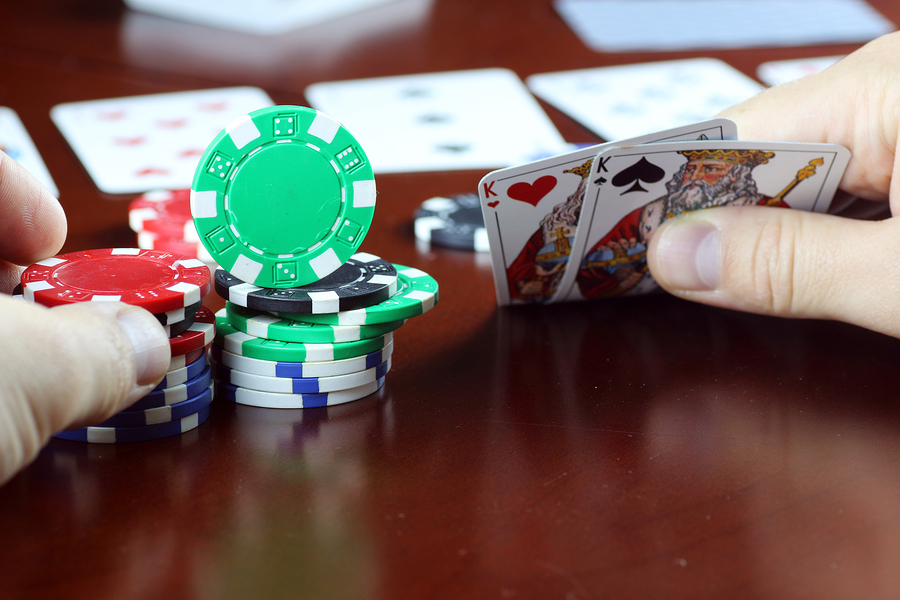 The most infamously successful blackjack players were a group of MIT students who used card counting to win around $100 million. However, this situation was unique because the mathematical geniuses worked as a team so their winning streaks wouldn’t get noticed by dealers.

But one man bested the MIT players. Gambler Don Johnson made millions at blackjack tables over a six-month period in 2011. Instead of card counting, Johnson sought out casinos that had the most favorable rules, like being able to split a hand up to four times.

Another thing Johnson looked for were casinos that offered a guaranteed payout, which refunds part of what’s lost on a hand. All that research paid off to the tune of $15 million in half a year of playing.

A billionaire by the name of Kerry Packer also won big at the blackjack tables. During a trip to Vegas in 1997 he reported won somewhere in the range of $20-40 million. The winnings came from a combination of black jack and baccarat.

Want to be a winner? Casino Knights Inc. can help you throw a casino fundraiser, corporate event or private party where everyone wins. Call us today to learn how we can help treat guests to a night of entertaining casino games!